Let me ask you this …When I say the word FAITH what comes to mind?

This isn’t a religious entry I promise you. Instead I want to share an incident that happened recently in the clinic that changed my perspective on the word Faith in a profound way.

In early July, Barbados experienced its first hurricane since 1955. It was a Category 1 hurricane but none the less, wind and rain came barreling down. That day, I was in the clinic and we had a patient who was previously scheduled for her frozen embryo transfer. All the medical protocols were such that if it did not happen that day, it would mean the patient would need to restart her regime costing her precious time and money. I took the call as the person at the front desk and the emotion and desperation in her voice was overwhelming.

They were blocked in.

They could not get out their house.

A tree had fallen, and I could hear the tears streaming down her face as she looked for guidance on her next steps. The medical team advised that if she could not get to the clinic, we would have to cancel the transfer. She said to me, “Rachel, DO NOT give up on me! I am going to figure something out.” Thirty minutes later she called. Her husband had, with his bare hands, managed to move a massive tree out of their driveway and they were on their way. “Don’t leave” she begged, “I am coming for my babies. We are on our way!”

The sight of them both walking up to the front door with faces all masked up, cloaked in raincoats, boots and matted wet hair is a sight I will not soon forget. I said to myself “This is how IVF warriors look!” Messy, imperfect and coated with courage to show up for what they had so desperately been battling for all these months. We sat there next to each other and cried and cried. She was there to fight for her much wanted family and Barbados Fertility Centre was the army that was going to soldier up and fight with her. That evening the team all stayed on and the embryo transfer was completed.

The level of absolute trust that our patients placed in us that day was humbling. Bearing witness to this magnitude of faith in action caused me to pause and have a personal moment of reflection. You see, I was brought up in a very Godly, church going household. I lived my formative years in the framework of religion with church on a Sunday – both morning and evening services. The word faith was thrown around like salt. It was a common word but if I am honest, I didn’t pay much attention to it. That is of course, until I had my own run in with life as a grown up. It was a very difficult stage in my life where I struggled to trust people let alone the unknown but it was also a time where I learnt many valuable lessons. I learnt a warrior shows up with a smile as her greatest tool of armour when inside she is crumbling. I learnt that somedays hell is not a place with a lot of people but instead it a space in your head where the picture of how it ought to be is not what is happening in front of you. I learnt that some days when you are stripped down physically and emotionally you have to start figuring out your own beliefs. I fought with the concept of faith. I struggled massively with the belief in hope. Like our patients, I identified with pain and loss. Faith and hope seemed out of reach when the days were dark. Life had its highs in that season… but man did it also have its lows!

As the clock turned and my years ticked on, I slowly reconnected with my faith. Being immersed in a clinic like BFC, the presence of miracles doesn’t escape you. Instead they opened an invitation to reach for those attributes that once eluded me. I read in the bible that you only need faith the size of a mustard seed to move a mountain. I didn’t need to start with a lot, I just needed to start. This time when I reached for faith, it was not muddled by religion but rather it became a unshakable foundation in my life.

Standing in the reception the patient, we cried and laughed together at the absurdity of what had happened. That was the profound moment I realized that faith can also be viewed as a BRIDGE. It took a hot teary, snotty moment to re-conceptualize this thought.

Faith perhaps is also a tool that connects you with complete trust or confidence in someone or something and the link that helps move dreams into accomplished reality. Faith allows you to rest but it does not allow you to quit. Faith quietly whispers to you that you don’t have to be perfect, you just need to show up and put one trusted foot in front of the next to get from where you are now to where you need to be.

My life lesson I took away from that moment was that it’s OK to not have all the answers. That it’s ok to lean into something greater than you without knowing the surety of the end result. That by taking imperfect action it can be incredibly scary, but many times the outcome outweighs the fear!

Two weeks later we got the call and the patients from that day were pregnant!  The flood works opened again. She came and showed me the ultrasound picture. Once again our eyes were wet and in my heart, I named her baby “Faith” 😊.

As I close the curtain today, I say to you my friends bridge where you are now with where you want to be. Find your faith and trust in it – you never know, your miracle could be just around the corner in this wonderful adventure we call life! 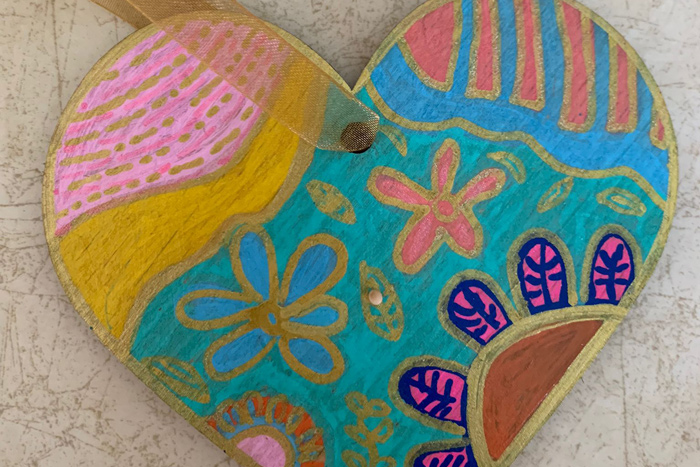 Questions for your next doctor visit

If you are trying to get pregnant, here are a few questions you should ask your...